Introverts who can skip the small talk have an unfair advantage in business networking.

I should know. I’m an introvert, and I used to dread going to networking events.

It felt superficial and empty and artificial. It was worse than cold calling.

Then I discovered why.

The amazing this is that I no longer attend lots of networking events. I don’t have to. I’ve got a business network that calls me and keeps me busy with leads.

I learned a few conversational techniques that make it immediately obvious which three people I want to follow up with.

Then I’m in my wheelhouse. As an introvert I love getting to know people. I love talking to them one-to-one. I love catching up with my friends.

That’s why, once introverts get past the small talk, they make GREAT networkers.

I always left networking events feeling like I’d been slimed because there were so many people that I just… couldn’t… connect with.

It took me a long time to realize that you’ll never connect with everyone, and you wouldn’t want to. The whole point of networking events is to decide who you want to keep talking to.

Pay attention to the few people you enjoy talking to, and invite them to coffee. It’s an introvert’s dream. Getting to know people. Individual people. Without the hubub and ruckus of a crowd.

2. Introverts have other people’s best interests at heart

A lot of people use “givers gain” to justify their lack of networking results, but I don’t trust anyone who gives me a referral at an event. There’s no way that you could meet me and instantly introduce me to the perfect connection. That takes time and care and thought and calling that person to let them know you have someone you want them to meet.

Introverts like listening, and like helping people. And when you sit down with quality people and really get to know them, they will want to help you the same way you want to help them.

It’s not about spouting ideas, but listening carefully to what’s being said, thinking about it, and putting them in touch with the right people. And the people who are good for your network will be only too happy to do the same for you.

You can’t get to know someone from a 30-Second Elevator Pitch. And trust doesn’t develop over one cup of coffee.

I expect people to see results from business networking within a few months, but the really cool stuff, the really big opportunities, those develop over time.

A lot of the people in my network I’ve known for over 10 years. I’m always adding new people and I’m not still in touch with everyone I’ve ever met. Part of the value of networking is seeing who stands the test of time. And people you’ve known for a decade… I instantly call anyone they recommend I talk to.

If you’re going an event, make sure you can attend that same event at least 6 times. Any less than that is cold calling. Networking is showing up over a period time.

It takes work to get to know people.

It takes time. And energy. And coffee. And being stood up. And getting bad referrals.

It’s all part of the process.

And you end up with people who are loyal.

People who take your calls.

People who think of you and pick up the phone to introduce you to other good people.

It hurts when people don’t show up or don’t return your calls. That just simply means you can’t trust them and they won’t be part of your business network.

Making good introductions is a skill.

It’s not an on-the-spot kind of activity.

It takes getting to know a bunch of people, and paying attention to who will make good connections.

Some of the best introductions I’ve made aren’t for people who will become clients of each other. They’ll become friends and referral sources.

That takes knowing people well, understanding what they’re looking for, and recognizing when there’s a good match.

So, what did I miss? Any other unfair advantages that introverts have in business networking?

2 comments on “5 Unfair Advantages for Introverts in Business Networking” 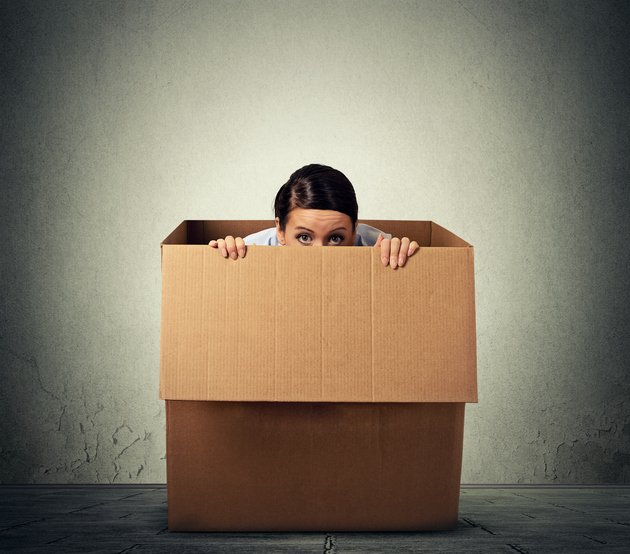