“It’s not the fall that hurts — it’s the sudden stop at the bottom.”

The conversation itself isn’t awkward.

In some ways, talking to people is the most natural thing in the world.

What’s awkward is when one topic ends and you can’t think of a new one.

That’s when everyone stares at their drinks, shuffles their feet, and wishes they could simply dissolve into the nearest wall.

Which means that if you want to be a conversation hero, all you need are a few topics you can bring up as the previous topic starts to fade.

A well placed question will naturally get people talking again.

What’s the difference between an icebreaker and a conversation starter?

You can walk up to someone you’ve never met and ask them an icebreaker questions and they will easily and happily answer the question.

Conversation Starters are for strengthening connections.

They are good questions to ask at coffee meetings, when you have a little more time and want to get to know people better.

What are some good icebreakers for business networking?

Copy these into your notes or take a picture with your phone so you can review them before attending a networking event.

What are some good Conversation Starters for business networking?

Copy these into your notes or take a picture with your phone so you can review them before you sit down for coffee with someone.

How do you (politely) get out of a conversation when someone won’t stop talking?

Everyone has experienced “that guy.”

You can stop their momentum by saying their name. Just glance at their nametag and look at them and say their name.

That’s when you extend your hand (assuming we go back to handshakes at some point in the future) and say “I’ve enjoyed speaking with you. I’m going to go meet some other people.”

Remember, they are being rude by talking non-stop. It’s not necessary to be rude in return, but you do not need to stand there while they waste your time. Simply say their name, thank them for the conversation, and go find other people who are interested in getting to know you.

What happens when you run out of topics?

It’s good to have some questions handy to keep the conversation going.

But, at some point – it’s time to close the conversation and network with other people.

There are only three possible outcomes to a conversation.

If you happen to be talking to someone who has budget and urgent need for your solution, then STOP networking and set up a sales call for later that day or first thing the next morning.

Then go back to networking WITH OTHER PEOPLE.

You sell to prospects.

It’s important not to get them confused.

2. Set up a networking meeting

If you enjoyed talking to the person, then set up a coffee meeting.

Networking is getting to know people, and that takes several conversations.

So it’s important to network with people you enjoy talking to.

3. Tell them you enjoyed meeting them.

Most people, you have a nice conversation but there’s no immediate follow up.

Do not offer them a business card.

Do not take their business card.

You’re not going to connect with everyone.

If there’s no connection, then follow up is a waste of time.

Focus you energy on selling to your prospects and networking with people you want to get to know better.

How do you connect with people virtually?

First, you don’t have to break into a group conversation.

Most good networking events assign you randomly to breakout rooms, so you’ll find yourself assigned to a small group conversation.

Many people have told me that they prefer this to in person networking because it’s easier to start conversations when everyone knows they’ll be talking to the people in their breakout room.

Another plus is that the breakout rooms kick you out after a certain amount of time, so you never get stuck talking to people for too long.

Second, there are no geographical restrictions.

I’ve networked with people from India, the UK, Australia, New Zealand, Germany, and many more.

Networking groups will be able to meet in person again some time in the future.

And when they do, you can expect that the more forward thinking groups will keep a virtual component so you can stay in touch with people you met virtually.

This is a great time to get better at introducing yourself and starting conversations.

Your next big client might be standing right next to you.

How will you answer what do you do? 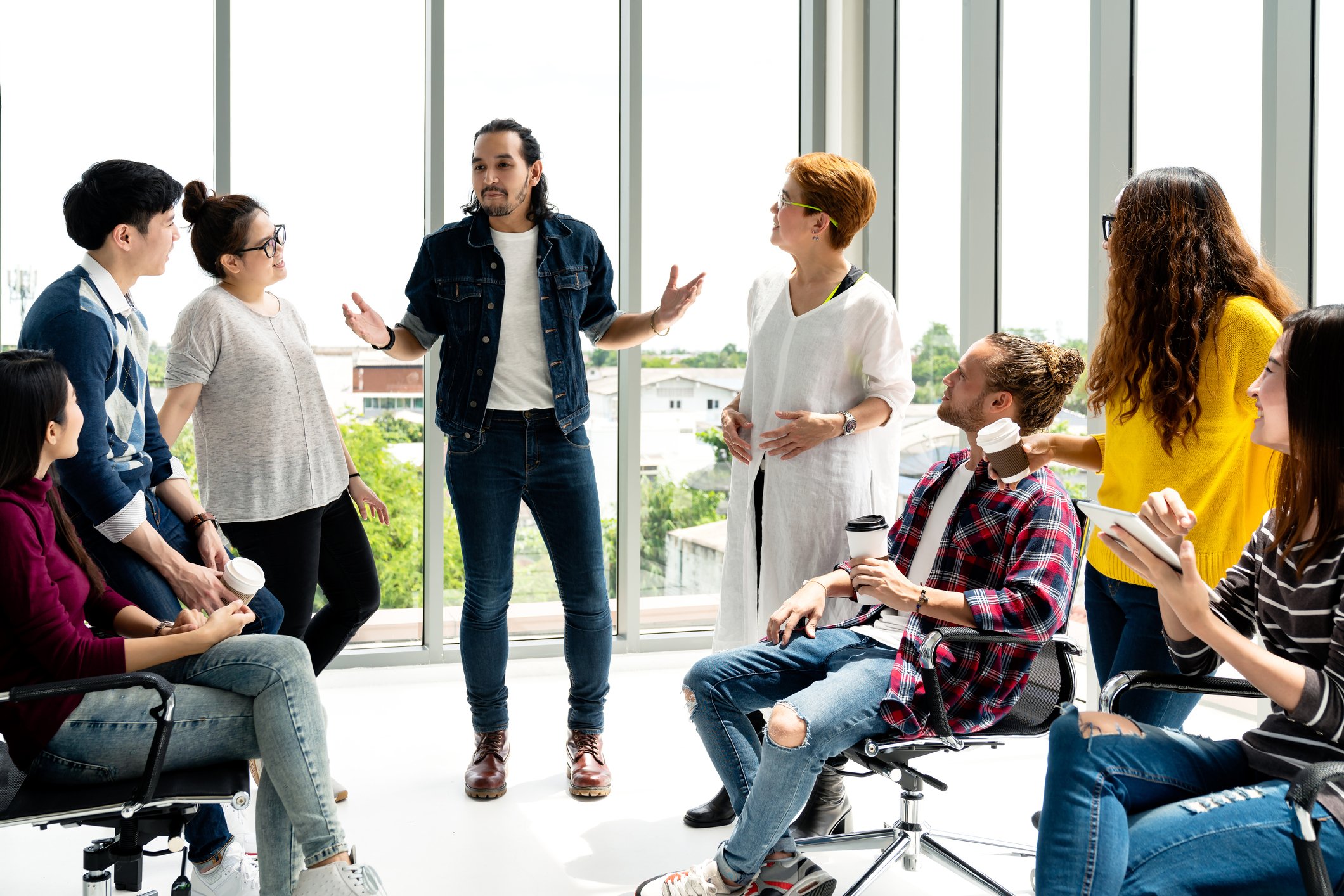