My eight-year-old daughter watches a single drop of pancake batter land on the griddle next to her teddy bear pancake and gleefully announces “You’re making pancakes for Camille!”

Tiny little pancakes for her doll to “eat” while sitting in her high chair next to my daughter’s chair at the table.

Yes, for those of you keeping score, my quest to have everyone eat the same thing for a meal – any meal, any meal at all – has just suffered an epic setback. Sunday mornings I’m plating food for my daughter’s doll…

…and it gets me thinking about your Elevator Pitch.

Because people respond to specifics.

People connect with you over specifics.

My daughter never would have dared to ask for breakfast for her doll, but show her a drop of pancake batter and suddenly she has an idea.

She has an idea with a name attached.

That’s a huge win for your Elevator Pitch.

When someone thinks of a specific name.

There’s no sweeter sound in all of business networking than:

“I need to introduce you to…”

“I work with men” gives too broad a context. People know too many men, so none come to mind.

“Men in a second marriage”

“Families who own a summer home”

You probably now have at least one name in mind.

You want people thinking of a specific person in response to your Elevator Pitch.

A long time client used this technique with me the other day.

She mentioned that her colleague is looking for an accounting job.

Lo and behold! Two days later I scroll past an accounting job in my LinkedIn feed.

So I scroll back and forward it to my client.

What’s in a name?

When people hear your Elevator Pitch, do they think of a specific person that’s a good introduction for you? 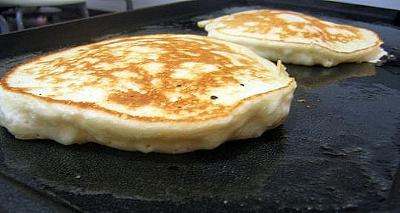