As I clean up from the holiday party, a particular box catches my eye because of the way it has been ripped open.

It looks like the toy, tired of waiting to be discovered, busts out on its own.

Through the front of the box.

Of course, it’s more likely that, in her excitement, my five-year-old daughter simply rips the front right off the box to get to the toy.

Because while opening some boxes requires scissors, a box cutter, a blow torch, and zen-like patience,

This was not one of those boxes.

No tape. No super glue. No strange design.

She could have simply untucked the flap from either end.

Instead she takes a direct path to the desirable contents.

Which is why it never makes sense to start your Elevator Pitch with your name and title.

No one else is going to rip open the box with your name on it.

But when you get their name on that box.

When it sounds to them

They’ll figure out your name and how to get in touch with you.

Usually by running up to you to make sure they get your business card before you leave. 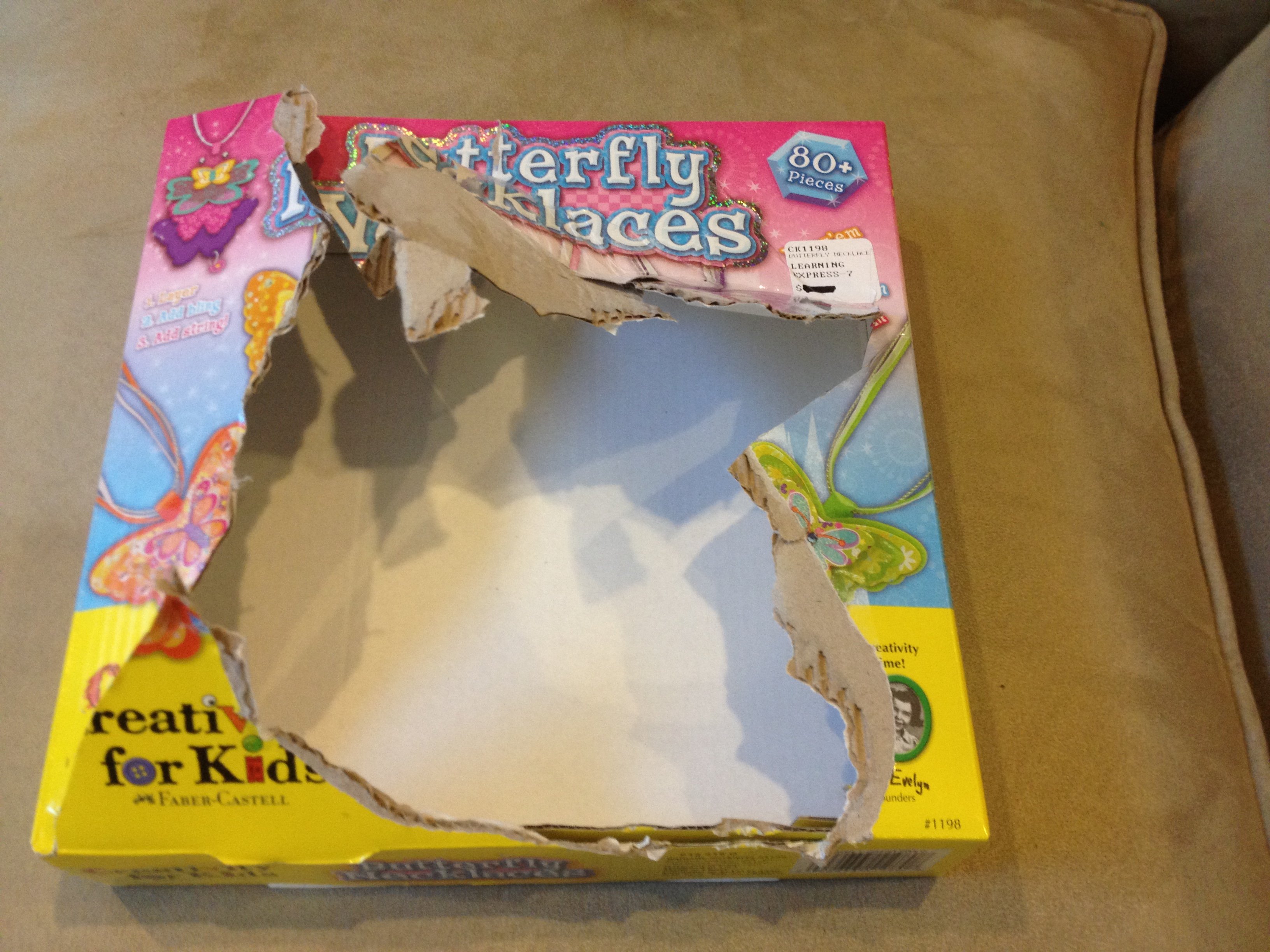