Last Tuesday’s client, armed with a sparkling new Elevator Pitch, talks herself out of using it at the very moment it would have done her the most good.

And she’s not alone.

While it’s important to have an engaging Elevator Pitch.

It’s even more important to use it.

Here are the three myths that cripple your Elevator Pitch:

This client works with mothers who want to empower their teenagers.

And she finds herself in a networking situation with a bunch of people in their 20’s.

So when asked “What do you do?”

Thinking “They are not my target market,”

So she weakly mumbles something she makes up on the spot,

Instead of confidently saying “I work with moms who want to empower their teenagers.”

Use your Elevator Pitch no matter who you’re talking to.

In this case, people in their twenties were recently teenagers.

They probably didn’t feel as empowered as they wanted.

So they might well ask “Can you help empower 27-year-olds?”

Also, many twenty-somethings are parents.

“Can you help me empower my toddler?”

Remember that your Elevator Pitch isn’t about engaging your prospects.

It’s about engaging people who know your prospects.

Use the same Elevator Pitch no matter who you’re talking to.

Following the well-intentioned advice to

“Attend the same networking events as your prospects.”

Is highly damaging to your business networking results.

If you find yourself in such a situation,

Just don’t confuse it with networking.

Networking is meeting people who know your prospects.

Networking is when someone comes to you on the referral of someone they trust.

3. Only Need to Meet One Person

Picking in advance the person you most want to meet sets you up for failure.

For a variety of truly legitimate reasons.

Why set yourself up for that sort of disappointment?

One person doesn’t make or break an event.

At least not as long as you’re open to meeting people and starting conversations.

I quit one networking group because all we did was sit around being annoyed at the people who didn’t show,

Instead of networking with the people who did.

Network enthusiastically with the people who do show up. 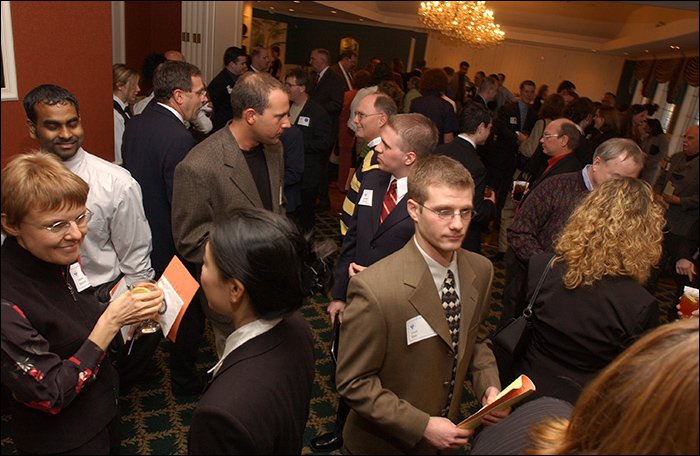