I lean out my daughter’s bedroom window and toss some salt onto the roof, then throw the roof melt pucks up into the gutter, and even though it’s still dripping in the family room, when my wife asks what progress I’m making on the ice dam, I can honestly say that I’m working on it.

Of course, for me, it’s more like waiting than working.

I already cleared the snow from the roof.

The pucks are burrowing under the ice.

The salt is melting its way down from above.

Nothing for me to do right now.

Once you attend the event,

And do your follow-ups,

There isn’t anything more to do.

From a business networking point of view, anyway.

You can’t do a year of follow-ups with someone that first day.

You can’t get the benefits of a fifth 1-on-1 until you’ve had the first four.

You can’t send a proposal until you’ve been introduced to the prospect and he’s agreed to a proposal.

But waiting doesn’t mean that you sit and stare at your inbox until the appointment confirmation email arrives.

There are lots of other opportunities in your network.

Go ahead and set up a 1-on-1 with someone you haven’t seen in six months.

Go ahead and write the promotion for your next workshop or the first chapter of your book.

A lot of great business networking results happen when you’re not paying attention.

Then find something else to do while your network does its thing.

And sometimes the best thing to do for your business networking is… nothing.

I didn’t spend all day watching the ice melt off my roof.

I did a few coaching calls.

Signed someone else up for the Trusted Advisor Community.

And practiced the piano.

By the end of the day, the dripping had stopped.

I did what I could do, and then I let it be.

2 comments on “Working On It” 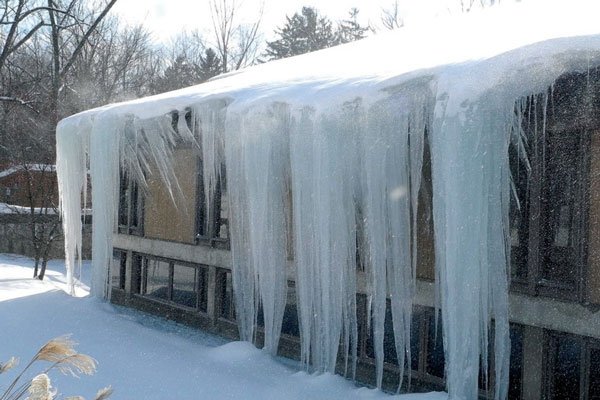